21 Days to Breakthrough and Greater Revelation 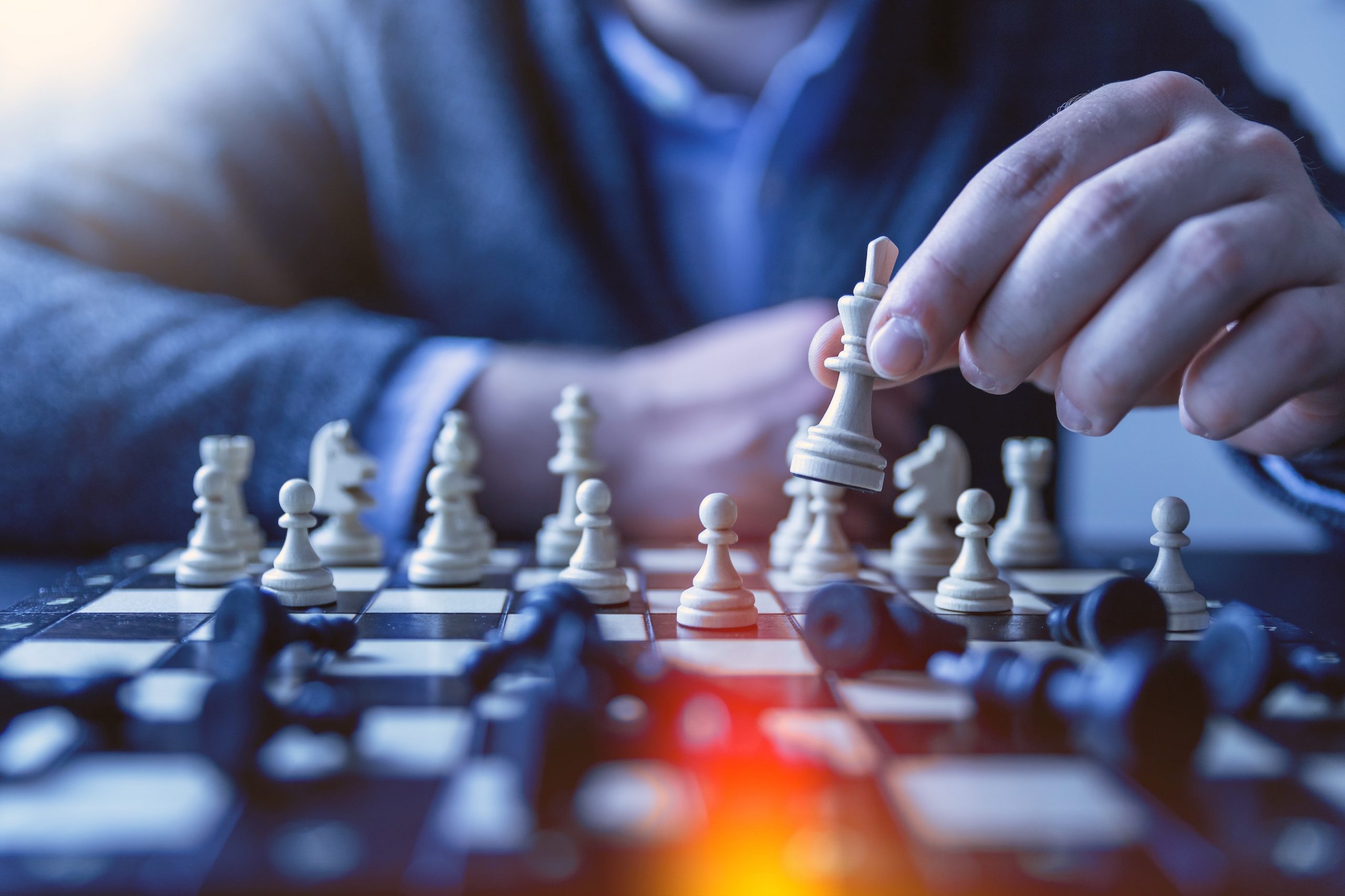 When the Lord instructed me to set up the Global Prayer Wall, it was clear to go at least for twenty-one days in a row. Twenty-one days of intercession going up and decrees going out, without ceasing. 24 hours a day and seven days a week, for three full weeks of pressing in, doing warfare and speaking God’s Word into the earth.

This was in order to fight on behalf of the Church Universal, the Local Churches and on behalf of God’s children around the world. It was to destroy and counteract the attack of the enemy that he has brought through the current pandemic, the COVID-19.

While many of the warriors found themselves in a lockdown for at least 21 days, and it was easy therefore to set this as a time table to pray, the lockdown itself was not behind my motivation to go for this many days.

No, my inspiration for this came from the Scriptures and the verses mentioned, in Daniel chapter 10.

12 Then said he to me, Fear not, Daniel: for from the first day that you set your heart to understand, and to chasten yourself before your God, your words were heard, and I have come because of your words.

13 But the prince of the kingdom of Persia withstood me twenty one days: but, look, Michael, one of the chief princes, came to help me; and I remained there with the kings of Persia.

14 Now I am come to make you understand what will befall your people in the latter days: for yet the vision is for many days. (GBMV)

I do admit that my motivation has been two-fold. There is a natural aspect to it, added to the spiritual. Let me explain.

Why should we go for 21 days? What is the purpose for this?

There are two different reasons why I believe the 21 days are of such importance.

Let’s look at the natural first and get it out of the way. I don’t want to major on this, so I will cover it just briefly. The more important and more interesting one is of course the spiritual reason.

The Natural Aspect – Creating a Habit

Anyway, it’s no secret that it takes some time to form and create a new habit. Everyone knows that.

If you repeat something for long enough, you eventually come to a place where you just do it and it becomes part of you – part of who you are.

Perhaps you want to pick up a new hobby, like playing the guitar or learning a new language.

Or you’d like to exchange an existing habit with something better and more helpful, like eating healthy and working out. Or cleaning up instead of leaving behind a mess. Or doing laundry and putting the clean clothes away in your closet, instead of living out of the laundry basket. (My personal favourite, which I admit in all the busyness, I am still working on.)

We all have good habits and bad habits, and many can even be found in our character traits. For example things like, not pushing through to the end, giving up and not being diligent, not persevering – you name it.

The point is, it takes a certain amount of time for you to repeat an action/habit to make it into something that will last. Either, create a new one altogether. Or then, replace an old one with a new one.

Time to Create Something New

The lengths of it might be debatable. But many say it takes around 21 days. In other words: three weeks to build or form a new habit pattern. If you can make it for 21 days in a row, you stand a good chance that you will pursue this for longer. Besides you will have some results to encourage you.

Twenty one days of working out continually produces some muscles and results. And the same applies here. Some change is visible, some spiritual muscles have been formed. Some habits have been put into place.

Many, praying for all this time in tongues, day after day and making themselves available to the Lord, have seen a huge increase taking place in their spiritual lives.

They have seen an increase in their fire for the Lord. They have noticed lost passions coming back and some have returned to their first love with the Lord, and beyond.

Your faith is more fierce. Your hope doesn’t waver as much. Your love and level of compassion have increased.

At the beginning it may have been hard to push through and speak in tongues and pray for this long. But now, seeing the end of the 21 days, your Spirit is primed. It’s gushing out, you are more sensitive to it than ever and therefore, your spiritual hearing has improved as well. (At least it should have, and many of the reports I have been getting from the Prayer Wall have proved that to be true!)

That’s the natural side of it, and I believe you don’t want to go back to the ‘old you’ if you can help it. It would be a degrading from the upgrade you went through and that took place.

A transformation has begun, to put it mildly. A new you is arising from this. And that, even during a very difficult time, that many of us never ever before had to face or had been confronted with.

But there is more.

The Spiritual Aspect – The Real Deal

To show you the even more important aspect of going for twenty-one days, let’s look at the spiritual side.

The whole chapter 10 in the book of Daniel, speaks of the angel Gabriel that came to Daniel who was fasting and in prayer, or mourning for three full weeks. Because of the warfare that was taking place and happening in the heavenlies, it took the chief of the messenger angels 21 days to get through. All this time to bring Daniel an answer and understanding to a vision that was revealed to him beforehand.

We can see in verse 12 that the angel spoke to him, saying that he had been heard from the first day that he humbled himself and sought for understanding.

The whole Church has been seeking God for understanding and for answers, just like Daniel.

Not understanding all the visions that have been given even before to God’s servants and leaders alike, the change that lies in the air is obvious to all. Church as we knew it doesn’t exist anymore. The Body of Christ needs to change, the face of the Church is being transformed. We ain’t going back to ‘normal’ any time soon and it is in line with the will of God.

War Until the Breakthrough

However, the warfare has been on, and it has been a pretty heavy battle. Satan has sent forth fear and destruction, and caused a huge amount of unsettledness – not just in unbelievers but in believers alike. Our lives have been disrupted and times ahead look uncertain for so many people.

This applies to our personal lives but also on a wider spectrum, to the Church as a whole.

Now the Lord knows what He is doing, and I believe He has prepared many behind the scene before hand for quite a while. However, more is needed and as you joined in and took to the walls the enemy has been pushed back.

You weren’t fighting alone. But as much as we see it in Daniel’s case, the archangel Michael has been fighting with us. Gabriel mentions there to Daniel that he has been held back for… you guessed it, twenty-one days!

Only after twenty-one days was he released to move on from the prince of Persia and able to help Daniel understand and explain what he saw.

The Body of Christ needs urgent answers and help in rebuilding after God’s pattern. And this was my main purpose for going at least for 21 days. As we speak and decree things in the spiritual, I know that answers and understanding are brought to those that God has chosen for the constructing and rebuilding of the new.

I believe that the perseverance of going for all these days leads to a breakthrough of greater things. In the spiritual as in the natural realm!

As the Prophets decree and birth what God wants to do, the word goes forth and creates the new in the spiritual. But the enemy was still trying to hold it back and fight it, just like the price of Persia was trying to stop Gabriel from helping Daniel receive the answer, breakthrough and understanding that he needed.

Of course if you go back to that chapter and continue with the verses following, you can see that Michael didn’t stop waging war against the prince after the 21 days. Not at all. He stayed there and fought on, and Gabriel even mentions further in there that he must return to this fight, and that the prince of Greece will come thereafter as well.

It Isn’t Over – But Greater Is Ahead

So the warfare isn’t going to stop just yet, and I think we all know this. This is only the beginning of the end. There is a lot more that we have to overcome as the Body of Christ, but I don’t want to get into that now.

Having seen so many reports I know that God is about to release more revelation and greater moves will be seen in His Church than ever before. The Prayer Wall was never to be something that will stop after a certain time, I knew that from the beginning.

Rather it was something that will be built, incorporated and strengthen with warriors joining and taking to it from all over the world and from many different levels in their spiritual walks. Many have seen this in the Spirit and God has been using different vessels around the world to decree this into place and call in his watchmen.

So as you can see, the time table was initiated by God and we can expect so much more in the days that lie ahead. The light is increasing all over, the Glory of God is filling the earth and transformation is taking place.

His Glory Is Increasing

It already started in you, but it will continue in an even greater way now as we keep pressing on. If the twenty-one days were literally to be just twenty-one days or not, or whether it’s to be looked at figuratively or spiritually speaking, doesn’t really matter.

The breakthrough lies ahead and God is on the move. Greater things shall we see and DO, and you already have begun to step into it.

I pray this insight has inspired you to keep going and keep building for the Lord. I for one know, many have been waiting for this for a long time, and have been decreeing for a long time what God has been wanting to do.

You were instrumental in getting the answers released. And along the way, God touched your life and brought an increase to you personally. Imagine what another 21 days can do, and then another 21 days… until the Church is where it should be. We live truly in exciting times and revival is taking place even in the confinement of our homes.

The Church is alive.

To those mighty warriors that joined this Prayer Wall:

A personal shout out to all of you. Thank you for your endurance and perseverance. May the Lord bless you beyond your wildest dreams and cause you to rise up higher and higher.

Well done, good and faithful servants of His.

The Price of the Glory of God